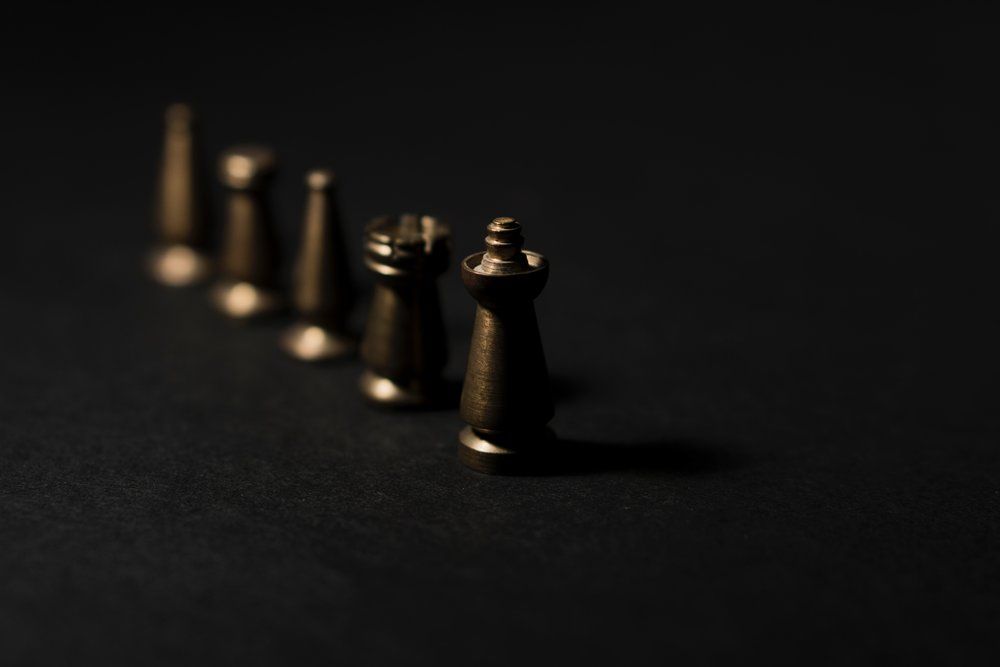 This post covers Week 3. You can read Week 2 notes here.

Russell Berman and Peter Thiel are hosting a Stanford class on “Sovereignity and the Limits of Globalization and Technology”. Matt Clifford of Entrepreneur First is hosting a reading group where we discuss the syllabus. These are my notes.

Special thanks to everyone in the group for their thoughts and comments.

The organizing question this week was:

Carl Schmitt rebuts universal empire with a vision of friends versus enemies. Alain de Benoist suggests that even the most extreme enemies may come to resemble each other. How does a geopolitical reading of land and sea powers map unto questions of globalization, culture and community?

We sought the answer by reading Carl Schmitt's The Concept of the Political and Land and Sea as well as Alain de Benoist's essay Nazism and Communism: Evil Twins?

As a primarily liberal-led course, we're bound to approach Nazism and Communism as obvious negatives, so much so that a historical argument may be our only refutation. This week, for me, was an attempt at getting underneath the essential motivations and contradictions in Nazism and Communism and also caution against adopting their methods for the liberal cause.

The enemy in Nazism and Communism

Alain de Benoist distinguishes Nazism and Communism through their enemies: both present racial or wealth-based. He argues that while the designated enemies in Nazism represent a more immoral choice, Communism is more deceptive in its implementation. A system created to prevent wealth inequality often results in mass incarceration, mass murder and hidden inequalities between the communist tyrants and their subjects.

He demonstrates their similarity through their shared identification of an enemy.

But what if every political system had to choose an enemy? Carl Schmitt, a known associate of the Nazi party, attempts to attack the superior moral stance of liberals by presenting them as ignorant. His thesis: politics starts an ends with the notion of enemies, enemies chosen in a manner divorced entirely from rational distinctions.

That freedom, to choose and elect friends and enemies, and exert violence is to Schmitt the Law of nature that cannot be escaped, only neglected out of ignorance.

Friend-enemy politics is the source of inefficiency

At first, this argument has syntactical merit. When I think of “corporate politics”, the word is always used in the sense where personal loyalty is valued over someone's contributions to the company. I'm comforted to remember, through my tenure at McKinsey and several tech companies, I did observe almost a direct anti-correlation between efficiency and the extent of office politics at the department level.

So, I disagree with Schmitt, I think the questions of how to interact with other countries and how to govern one's own needn't be intertwined. For one - interactions with other countries would be affected by their own political affairs and mutual understanding while we have more freedom to manage our own resources more optimally.

The last argument for enemies may be game theory

If you have studied the game of Survivor, certainly this is one instance where the notion of friend-enemy cliques is key in every form of winning strategy. (when John Cohran, a Harvard educated lawyer won the game, he dominated in every vote by nailing the friend-enemy alignment in the eyes of others throughout the show).

World politics has important distinctions from the game of survivor, however, which is why this to me is still an open question.

The amorality of enemies within a state

As a group we initially came to contrast this visceral moral rejection of Nazism and a somewhat more intellectual rejection of communism. While acknowledging the inevitable lie behind Communism, we also we came to reject the notion of forced equality as immoral itself.

But how do we reconcile the thought that friend-enemy distinctions may be game theoretically essential with the gross immorality and failure of Communism and Nazism?

Any group has to be prepared to defend itself against external enemies (that is the law of nature), but it should not arbitrarily define internal enemies - that would lead to its collapse.

This simple notion of an internal enemy versus an external enemy perhaps best summarizes what's most wrong about Nazism and Communism.

An individual without enemies

We also entertained the possibility of a truly enemy free individual. This individual would resemble the sovereign individual - someone who consumes a country as a product, but does not feel any allegiance to it, i.e., does not inherit its friend-enemy distinctions. Is this a sustainable way of living?

The allure of sea

This is where Land and Sea became relevant for me. Carl Schmitt enthusiastically describes the allure of the sea for explorers and adventurers (or the aspiring self-sovereign). But history tells us the sea-born turned quickly from enemy-less to having everyone as their enemy.

In this way, both pirates or sea empires are alike. While they declared others as their enemies, how would the sovereign individual escape being declared an enemy?

It's not land vs. sea, it's the battle for high ground

Finally, the power of the sea is best explained by the high ground principle that I've detailed at length here. High ground is a position from which it takes less energy to move to or attack any another area, and often the area of greatest visibility. The sea had this property and naturally, space will emerge as the future high-ground, potentially enabling novel kinds of self sovereignty, and new country formation.

Perhaps just having a little more space is what we need to overcome the need for external enemies.

P.S. An interesting implication of a “world government” and its potential inefficiency would be that all external enemies inherently became internal. We will talk more about world government in next week's summary.

Berman and Thiel on the Limits of Globalization: Week 2

Berman and Thiel on the Limits of Globalization: Week 1